When you move to or visit a new state you will have to learn different beer laws. What do you need to know about buying and drinking beer in Florida?

In Florida, you can buy beer at any licensed retailer every day of the week from 7 a.m. to 12 a.m., although this varies by county. You can buy beer in cans or bottles up to 32 oz or growlers in 32, 64, or 128 oz sizes. Alcohol delivery is an option in Florida. Minors are not permitted to drink alcohol even with a parent present.

Keep reading for more information about Florida’s beer laws. Learn which counties are dry if any, when and where to buy beer, as well as any other restrictions.

Is Florida a dry state?

Whether you’re talking about humidity or alcohol, Florida is in no way a dry state. If Florida were a dry state, there would be much stricter rules concerning alcohol. Drinking might not be permitted in public at all instead of only in certain areas.

Florida is not a dry state though it does have a couple of dry counties. However, both the dry and wet counties place varying levels of restrictions on alcohol consumption.

Does Florida have any dry counties?

As mentioned above, Florida does have a few dry counties. However, these counties do not prohibit alcohol entirely. Instead, they heavily restrict what can be sold, whether it’s by the drink or package, as well as when you may buy alcohol.

There were three dry counties prior to January 2022 when Washington County voted to allow the sale of alcohol by package and drink in the county.

Lafayette and Liberty counties, on the other hand, limit sales to packaged alcohol. Additionally, alcohol above 6.243% ABV may not be sold. Alcohol sales are limited to the weekdays.

When can you buy beer in Florida?

Although the state of Florida sets times when alcohol may be sold, it also allows counties and municipalities to set their own times. This means that the times you can buy beer will vary from county to county.

In Florida, you can buy beer for off and on-premise consumption Monday through Sunday from 7 a.m. to 12 a.m. Some counties allow the sale of alcohol from 7 a.m. to 3 a.m. Others even allow 24/7 sales at certain retailers.

If you are unsure what the times are for your county, be sure to look up hours. It is generally safe to rely on the state’s timeframe of 7 a.m. to midnight.

Did you know that you can buy beer online in Florida now? Check out Drizly and get beer delivered to your door in 60 minutes! 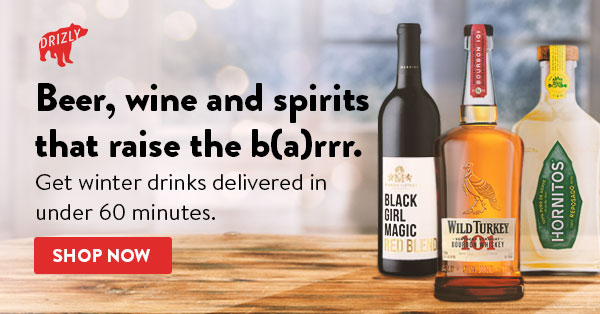 Can you buy beer on Sunday in Florida?

Sunday sales are primarily determined by the county. Florida as a state has no stipulation on Sunday alcohol sales. However, many counties do limit sale hours on Sunday.

You can buy beer on Sunday from 7 a.m. to 12 a.m. in Florida. In the two dry counties, you cannot buy alcohol on Sunday. Some of the wet counties restrict alcohol sales from 12 pm through 12 a.m.

Since Florida lets its counties and municipalities determine their own permitted alcohol sales times, there will be a lot of variation.

When do bars close in Florida?

As a state, Florida does not set different hour restrictions on bars or package stores. However, as is true of most other beer laws in the state, it depends on where in Florida you are.

Most bars in Florida will close at 3 a.m. Some counties may require bars to close earlier.

In the few counties where sales are permitted 24/7, some bars may not close.

Where can you buy beer in Florida?

Now that you know when, let’s cover where. Florida does place restrictions on what types of alcohol may be sold at certain retailers. I will cover the specifics of each below.

In wet counties, you can buy beer in Florida at the following places:

Dry counties such as Liberty, limit alcohol sales to off-premise retailers. You cannot buy a beer with your meal in Liberty County.

Florida bars and restaurants may sell alcohol between 7 a.m. and midnight. They may sell beer, wine, and spirits for on-premise consumption. Beer may be on draft or bottled however the bottle may not be bigger than 32 oz.

Bars may be open later than midnight in some counties as mentioned previously. Additionally, restaurants can sell alcohol with to-go meals.

Gas stations in Florida may sell beer and wine, but not hard liquor. They may do so from 7 a.m. to midnight.

Alcohol sold is only for off-premise consumption. Gas stations cannot sell bottles or cans that contain more than 32 ounces.

In Florida, grocery stores can sell beer and wine.

They can’t sell spirits or individual containers greater than 32 oz. All alcohol sold must be for off-premise consumption. They may sell alcohol between 7 a.m. and 12 a.m., Monday through Sunday.

These locations may sell and fill growlers if they have tap equipment and do not offer tastings. Growlers are meant only for off-premise consumption.

In Florida, breweries and taprooms may sell alcohol between 7 a.m. and midnight Monday through Sunday.

They may sell the alcohol they make, offer tastings, and fill growlers. Alcohol may be sold for on or off-premise consumption depending on the license.

Can you get beer delivered in Florida?

If you don’t want to bother with going to a store, beer deliveries are incredibly convenient. The question is whether it’s legal in Florida.

You can get beer delivered in Florida. You can get alcohol delivered by liquor or package stores but not breweries or distilleries. Restaurants can deliver alcohol if it is accompanied by a meal.

Deliveries can be made by direct employees of the establishment or third-party delivery services.

What is the minimum drinking age in Florida?

The United States as a whole has a minimum drinking age of 21. Some states will allow some bending of this minimum age under certain circumstances.

The minimum drinking age in Florida is 21.

Those who are underage but older than 18 may handle alcohol if they work at a licensed alcohol retailer. Any other underage person may not possess or consume alcohol.

Can minors drink beer in Florida with parents?

One of the common exceptions to the minimum drinking age is parental authorization.

In Florida, an underage person cannot drink alcohol even when given authorization by their parent or guardian. This applies whether parent and child are at home or a licensed retailer.

The only legal exception is for students older than 18. If a college requires students to taste alcohol for educational purposes it is not illegal. The student simply needs to sign a waiver.

The overall alcohol laws in Florida are straightforward. Any complication arises from the fact that counties can set their own laws.

Florida’s drinking laws are not particularly conservative, but they are strict. Violating their alcohol laws will result in strict punishment. Florida follows a “zero tolerance” approach.

Can you buy growlers and other unsealed beer containers in Florida?

Growlers are a great way to buy beer in large quantities. Unfortunately, many states had or have restrictions on them. Florida is one such state that had restrictions.

You can buy and refill growlers in Florida. These containers are highly regulated. Retailers may only fill growlers that bear their logo. Additionally, the growler must be marked with the information about the beer it is filled with.

Growlers and any container for alcohol larger than 32 ounces but smaller than 1 gallon used to be illegal in Florida. It wasn’t until 2015 that 64 oz growlers became legal. Today you can purchase and fill growlers that can hold 32, 64, or 128 ounces.

Since growlers are unsealed containers you should also know the open container laws.

In Florida, no person in a vehicle, moving or parked, may possess or drink from an open alcohol container. An open container must be placed in a locked glove box or trunk.

The only exceptions to this law are motor homes and cases where the driver is contracted to provide transportation. The driver must also have a specific license with passenger endorsement. Counties may be more strict with this law.

In addition to being incredibly dangerous, it is highly illegal to drive under the influence.

It is illegal to drive in Florida with a BAC above 0.08%. Driving below this limit is not illegal though also not recommended. Violating this law will come with harsh punishment.

While drinking at all while underage is illegal, drinking and driving have different consequences and limits depending on your age.

In Florida, underage individuals in possession of alcohol are guilty of a second-degree misdemeanor.

The legal limit for underage individuals in Florida is 0.02% BAC. The punishment for a BAC between 0.02% and 0.05% is license suspension for 6 months upon the first offense. A BAC of higher than 0.05% will result in license suspension until after a substance course.

The offender will pay for any courses assigned to them. Additionally, if the offender is younger than 18 years old their parents will be notified.

The penalties for drinking and driving as an of-age individual are harsher while the limits are looser.

Further punishments may be decided by the court on a case-by-case basis.

Plan on traveling? Check out all of the beer and alcohol laws by state on our interactive map!